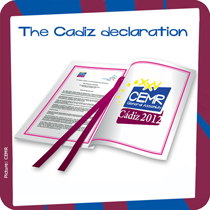 The declaration entitled “Decentralisation, Development, Democracy - Innovating for a Europe in 3D” proposes a new approach to development that relies on European territories able to create the conditions for new growth – growth that is more sustainable and able to create jobs.

"Europe in 3D" means, first, the emergence of a Europe that believes that collaboration among political, economic and social actors is the key to recovery. Decentralisation, Democracy and Development are the three dimensions on which a renewed and strengthened common voice of the entire EU must be expressed”.

The declaration is available in English, French, Spanish, German, Italian Bulgarian and Romanian.