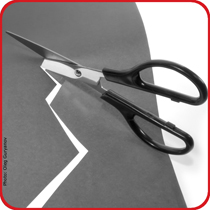 Ahead of ministers meeting, municipalities and regions warn of impact of budget cuts on cohesion policy

Ahead of the informal meeting of the cohesion policy ministers from the 27 member states, held on 6 November 2012 in Nicosia, Cyprus, the four major European associations.of local and regional authorities* underlined in a common declaration the negative impact a reduction in the EU budget could have on the future budget of EU cohesion policy.

* The Council of European Municipalities and Regions (CEMR), the Conference of Peripheral and Maritime Regions (CPMR), EUROCITIES and the Assembly of European Regions (AER)

Effectiveness and governance of cohesion policy
The informal meeting of the ministers for cohesion policy takes place at a crucial moment. The negotiations between the European Parliament, the Council and the Commission are ongoing and address very relevant issues for cities, local and regional governments.

The European organisations representing cities, local and regional governments welcome the focus on effectiveness and governance of cohesion policy that the Cyprus presidency has chosen for the meeting and want to highlight elements that are important for us:

• Cities, local and regional governments are providing over two thirds of public investment in the European Union; the structural funds are supporting this level of investment to a great extent in many countries;

• The European structural funds contribute significantly to the economic, social and territorial development at local, city and regional level;

• Each euro of the structural funds generates further investments and thus creates a leverage to stimulate growth and development;

• European territorial policy is a major driver for employment, qualification, skills development and the creation of jobs;

• Without sound financial support from the structural funds, the objectives of the Europe 2020 strategy cannot be achieved;

• All instruments proposed in the regulations (community-led local development, integrated territorial investments, joint action plans) should be fully used by the member states including those that delegate funding to cities, local and regional authorities and their communities;

• Success of delivery of the funds rest in the substantial involvement of cities, local and regional authorities, or their representatives in formulating, managing and implementing the partnership agreements and the operational programmes; partnership is much more than consultation;

• The Europe 2020 strategy requires that the structural funds should be targeted at the right level and ensure that the measures are taken at the appropriate level to respond to the specific challenges of the given territory;

• Synergies among the structural funds and those with the agriculture and maritime funds, such as advocated by the regulations and the common strategic framework are essential to ensure integrated, efficient and consistent EU support to territories;

• Conditionality must be closely related to the implementation of EU support and guarantee reliability in the execution of the operational programmes; cities, local and regional government should not be penalised for shortcomings beyond their control.

The European summit on 22 and 23 November 2012 will be a decisive moment in the negotiations on the future multi-annual financial framework, and we observe that a number of member states want to reduce the budget that the European Commission proposed last year.

We are deeply concerned about the impact a reduction could have on the future budget of EU cohesion policy and call on the governments of the EU member states to keep the budget for the future cohesion policy as suggested by the European Commission.

A potential reduction in the multi-annual financial framework should in any case not disproportionately affect cohesion policy which is one of the EU policies with the most evidence of added value.

In times where we have the highest unemployment rate in Europe, it is important to send a clear message to our citizens, that we care about getting Europe out of the crisis by investing in job creation and their future. The European structural funds are an important instrument to make Europe’s added value visible to our citizens.

Sustainable territorial cohesion can only be achieved with the involvement of cities, local and regional authorities at all stages of the cohesion policy. We call on the national governments to apply a ‘governance in partnership’ approach. Such a constructive and effective cooperation has proven to be the best way to share ownership and commitment, which is needed to achieve tangible results.