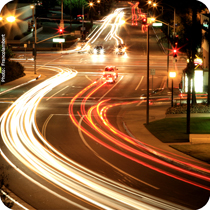 Some improvements attributed to reduced economic activity during recession

The European Environment Agency (EEA) has noted some improvements in air quality in a number of regions, although these could be partly attributed to a reduced economic activity during the recession.  This was among the conclusions outlined in the agency’s annual report, which assesses the impact of transport on the environment in Europe.

The report considers that stepping up efforts to meet the new European Union targets in terms of transport will help further reduce its impacts on the environment, as the transport sector is responsible for a quarter of EU greenhouse gas emissions.  The European transport sector will therefore have to reduce its carbon dioxide emissions by 68% between 2010 and 2050.

The AEE report found that an increase in the transport of goods and marine-based activities contributes to poor air quality.  “One of the main challenges will be to mitigate the negative effects of transport while ensuring the positive aspects of mobility,” underlines Jacqueline McGlade, EEA executive director.

The European Commission intends on making 2013 a “Year of Air” during which it will undertake a revision of the European air quality legislation and its implementation.

CEMR commits to the issue of air quality

Given the issue's increased relevance, the Council of European Municipalities and Regions (CEMR) has created a focus group on air quality, launched in September 2012, in order to reflect on the matter.  The group decided to place public health at the heart of its activities in this regard.

Moreover, CEMR believes that locally-led measures, such as those relative to vehicle emissions, must constitute a priority when revising the European legislation relative to air quality.