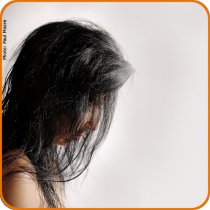 The Council of European Municipalities and Regions (CEMR) calls upon local and regional authorities in Europe to strengthen efforts and commitments in the fight for the elimination of violence against women.
The call was voiced on 25 November 2010 by Jocelyne Bougeard, President of the CEMR Committee of Women Elected Representatives of Local and Regional Authorities, at the occasion of the International Day for the Elimination of Violence against Women.
'Local and regional governments have an array of levers at their disposal to contribute to the fight in eliminating violence against women and to bring support to victims," states Bougeard.
CEMR notably launched, in 2006, its Charter for Equality of Women and Men in Local Life, which highlights via its principles and articles the vital role local and regional authorities play in this matter. Today, more than 1 000 sub-national governments have signed the Charter.
Indeed, the types of initiatives led by local and regional authorities to ensure the respect of women's rights and social cohesion include education and raising awareness among the youth so as to prevent these types of violence, and informing the population. Other initiatives revolve around caring for victims as well as training and supporting networks of local actors.

International cooperation between local and regional authorities also constitutes a pertinent framework for action to improve the living conditions of women in developing countries.
'The different types of violence that exist, the distress they bring about and the ensuing social cost demand that we strengthen our determination as well as our conviction that we can and must act," declared Bougeard.
In the context of this year's International Day for the Elimination of Violence against Women, the cities of Lille, Hellemmes and Lome, in France, signed CEMR's European Charter for gender equality. The signatories have thus made a formal public commitment to the principle of equality of women and men, and to implement, within their territory, the commitments set out within the Charter.
To read the statement, available only in French, of Lille Mayor Martine Aubry, click here

To read the statement issued on this occasion by the Association of Basque Municipalities (EUDEL), click here