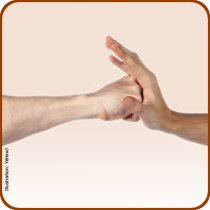 Press release in pdf
Employers, workers and trade unions now have concrete guidelines (1) to identify and tackle third-party violence and work-related harassment in a number of service sectors,.as adopted by eight European organisations of social partners (2) on 30 September 2010.
The adopted guidelines, which will be put into practice in 2011, will also aim at increasing the awareness and understanding of employers, workers, their representatives and other public authorities (e.g. health and safety agencies, police, etc) on the issue of third party violence.
The multi-sectoral guidelines should help coordinate the efforts of social partners in preventing and managing problems of harassment or violence by third parties in order to reduce its impact on employees' health, well-being and productivity.
Indeed, approximately one in ten workers in the European Union has reported suffering violence, bullying or harassment at work. Third-party violence at the hands of clients, customers or patients is more common than violence suffered at the hands of work colleagues (3). Such incidents do not only undermine an individual's health and dignity in the workplace, but they also have a very real economic impact in terms of absences from the workplace, morale and staff turnover.
The guidelines are the outcome of a two-year process supported by the European Commission to assess the different problems through research, workshops and the exchange of best practices (4) and serve as a complement to the cross-sectoral agreement on violence and harassment at work, adopted in 2007 (5).
EPSU, UNI Europa, ETUCE, HOSPEEM, CEMR, EFEE, EuroCommerce, and CoESS will now work together towards implementing the guidelines in a number of countries throughout the course of 2011.
Footnotes
(1) The Guidelines are also available in French, German, Spanish, Swedish and Russian.
(2) Council of the European Municipalities and Regions (CEMR), Confederation of European Security Services (CoESS), European Federation of Education Employers (EFEE), EuroCommerce - The Retail, Wholesale and International Trade Representation to the EU, European Public Service Unions (EPSU), European Trade Union Committee of Education (ETUCE) , European Hospital and Healthcare Employers' Association (HOSPEEM) and UNI Europa.
(3) 2005 survey by the Foundation for the Improvement of Living and Working Conditions in the European Working Conditions Survey.
(4) EPSU/UNI Europa report on third-party violence http://www.epsu.org/a/5866.
(5) In April 2007, the European cross-sectoral social partners BusinessEurope, ETUC, CEEP and UEAPME reached an autonomous framework agreement on dealing with violence and harassment in the workplace. The agreement refers to third party violence in its introduction but does not suggest any specific measures aimed at dealing with it and leaves it up to the member states to include treatment of this issue in their national implementation.