Future of the workplace 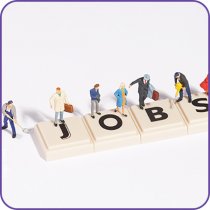 Commitment made in Prague to strengthen European sectoral social dialogue

This commitment has been translated into a series of 12 recommendations that are to form a European framework for action in key areas identified during a final conference of the project “Future of the workplace” held in Prague, Czech Republic on 15 October 2012.

The key areas for action are funding, recruitment and retention of the youth and elderly, skills and life-long learning, equality and non-discrimination, migration and providing sustainable workplaces.

The social partners* present at the conference thus committed to jointly implementing the objectives outlined in the recommendations starting in 2013 in cooperation with national social partners. Implementation will be undertaken via the platform provided by the Council of European Municipalities and Regions (CEMR) and the European Federation of Public Service Unions (EPSU)’s organisational structures.  The recommendations will also serve as a foundation for the 2014-2016 work programme of the European social dialogue committee.

CEMR secretary general, Frédéric Vallier, underlined that “social partners need to work together if we are to make the local and regional administrations as a workplace more sustainable, especially in these times of change and social, political and economic unrest.  The active dialogue between trade unions and employers’ organisations, which was further established by this project, will help pave the way to implementing sustainable solutions, as these social partners are closest to those affected by current changes.  Our hope is now to implement these recommendations via joint work at European level with the ongoing support of the European Commission.”

EPSU secretary general, Carola Fischbach-Pyttel, said: “Towns, cities and local authorities, in particular as employers, have a decisive role to play. They represent over 75% of the European population. They manage three quarters of public investments and employ a workforce of more than 64 million people. They play a crucial role in ensuring the quality of life of their inhabitants, territories and workplaces through their public services. European towns and cities are also on the front line when it comes to responding to citizens’ needs. Social and territorial cohesion is an objective of the Treaty of the European Union and thus, towns and cities must be provided with adequate financial resources to be able to tackle the challenges presented to them in the current context.”

CEMR and EPSU won the leadership of the EU project “Future of the workplace: providing quality jobs, modern and sustainable workplaces in local and regional government” at the end of 2011.

The project began in January 2012 and aimed at contributing to the creation and maintenance of quality public services via a sustainable workforce. Its main objective was to further explore future workplace needs, while developing the social dialogue between trade unions and trade employers' organisations in the local and regional government sector at both national and EU levels.

The future of the workplace is a vital theme as severe changes are currently being implemented in local and regional administrations, such as the sector’s reduced financial capacities, demographic and societal changes, changing work patterns and the need for the reconciliation of work, family and private life. The successful implementation of sustainable solutions therefore depends on discussions and recommendations put forward by both employers and trade unions, which are thoroughly supported by this project.