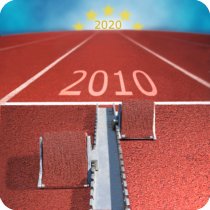 EU 2020 Strategy: the Commission is on the wrong track!

The future "EU 2020" Strategy as laid down by the European Commission would set us on the wrong track. It is in these words that the President of the Council of European Municipalities and Regions, Michael Häupl, reacted.to the consultation on the future Strategy.
The Commission text focuses too much on growth, quantity, productivity and profit. Yet it is precisely an excess of trust in a concept based on these elements that has plunged us into crisis. This needs to be reconsidered: replace growth with development, and quantity with quality. The new Strategy should focus on the social reality and specific territorial characteristics within the EU rather than on the mere economy. We should advocate for ambitious changes of our styles of living and producing, not just 'greening" the existing modes and ways.
The solution is to be found in a "EU 2020" Strategy that is based on the local needs (the territory). However the entire Commission's consultation document does not have any reference to local authorities, the level closest to the citizens and where the different policies are delivered on the ground. In the same way, the text does not mention either territorial development nor cohesion policy.
This strategy will determine how we want our societies to develop within the EU in the decade ahead. Not giving local and regional authorities a key role to play will be the best way to end up with a strategy that is disconnected from those to whom it is addressed: 500 million Europeans living in our cities and regions.

NOTE: The EU 2020 Strategy is being designed as the successor to the current Lisbon Strategy, which was launched in 2000 and aimed to make Europe the most competitive economy in the world. The future strategy aims to trigger economic dynamism in Europe by setting new priorities in a ten year horizon.
CEMR response to the European Commission's consultation on the future 'EU 2020" strategy