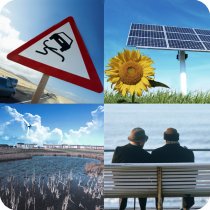 Combining transport, energy, environment and cohesion policy for our towns and regions

The Council of European Municipalities and Regions (CEMR) held a joint meeting of its working groups on energy, environment, transport and cohesion policy, in Brasov (Romania), on 12 and 13 October 2009.
The purpose of the meeting was to develop a cross-sectoral approach of EU policies that are correlated with one another. The meeting looked at local issues of common interest but from different angles.
Issues debated relate to the future of cohesion policy, intra-regional transport as factor of territorial cohesion, urban mobility, the future of EU transport policy as well as climate change policies at local, regional, European and international level. The Review of the Lisbon Strategy for growth and jobs and its links with the review of the EU sustainable development strategy also featured high on the agenda.
The meeting was held at the invitation of the Romanian Municipalities Association (AMR) and the Brasov Metropolitan Agency.
A workshop under the theme "Cities of the future: towards low carbon economies" also took place alongside the event. It was organised by the
Romanian Municipalities Association (AMR) in co-operation with Brasov municipality and CEMR. The aim of the workshop was to debate on the EU, national and local policies for the reduction of the CO2 emissions.
Translate