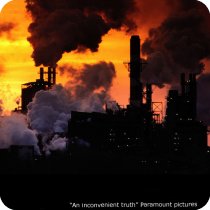 Five European networks of local and regional authorities (EUROCITIES, the Council of European Municipalities and Regions - CEMR, Climate Alliance, Energie-Cités and ICLEI Europe) call on National Governments to formally.recognise the role and contribution of local and regional governments in climate mitigation and adaptation policies in the texts to be adopted at the COP15 in December.

This is the message delivered on 27 May, by these networks, to all 27 Member States ahead of the next European Council meeting on 18-19 June.

Simultaneously, the networks' members - local and regional authorities across Europe - are delivering the same message directly to their Heads of State and Government. This joint action is deliberately coinciding with the UNFCCC COP15 preparatory meeting in Bonn on 1-12 June and following the Local Government Climate Change Leadership Summit in Copenhagen on 2-4 June.

This message has also been transmitted to the negotiators preparing the COP15 through a series of messages sent by local and regional authorities.
In the run-up to Copenhagen, the June European Council will be an important opportunity for Member States to demonstrate their support and give a clear signal to local and regional decision-makers that their role and commitment are taken seriously. An increasing number of local authorities are already committing to reduce their GHG emissions beyond the targets set out in the EU energy and climate change package. This is especially important since the UNFCCC's negotiating text makes no reference to local and regional governments in relation to mitigation.
Member States must build on local expertise and engage, empower and resource their cities and towns to undertake the local actions necessary to meet the global climate change targets.
Background information

In 1990, the United Nations General Assembly decided to start work on a climate change convention. The endeavors led to 154 countries signing the United Nations Framework Convention on Climate Change (UNFCCC) at the UN Summit in Rio de Janeiro in 1992. Since then, 192 countries have ratified the convention, which goal is to stabilize the amount of greenhouse gases at a level that prevents dangerous man-made climate changes.

Each year, a Conference of the Parties (COP) is held, where the countries which have ratified the convention meet and discuss how the convention's goals can be implemented in practice. One of the tools, which the parties have agreed upon, is the Kyoto Protocol. The aim of the COP15, taking place in Copenhagen in December 2009, is to reach a legally binding climate agreement, applicable worldwide, and to take effect in the post-2012 period, when commitments under the Kyoto Protocol expire.