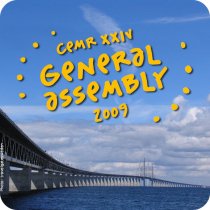 The second announcement of CEMR's general assembly to take place in Malmö, from 22 to 24 April 2009, is now available in English, French, German, Italian, Spanish, Portuguese, Greek and Swedish.
It includes a detailed programme of the different sessions and speakers, practical information on how to register for the general assembly as well as on the technical visits and accompanying tours to be held after the three-day event.
Background information on CEMR's General Assembly
CEMR's general assembly.will be held from 22 to 24 April 2009 in Malmö, and over 1,200 local and regional representatives are expected to attend. The first day will focus on a political debate on the international and European challenges local and regional government have to prepare for and adapt to in the best way.
The second day will address issues surrounding democracy and governance, demographic change, public services, cohesion policy and the cooperation between the EU and its neighbours. A session will examine the role of local government in international development and the new kinds of partnerships growing at local government level.
The third day will be organised around two major themes: local solutions to tackle climate change, and twinning in a changing Europe. A final plenary session will be devoted to what local government can do now to prepare for tomorrow.
The second announcement: EN - FR - DE - IT - ES - PT - EL - SV
The registration form: EN - FR