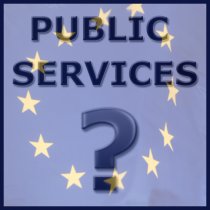 We are still very unhappy with the Commission's approach to local and regional public services. That is the view of the Council of European Municipalities and Regions (CEMR), in response to the recent communication on Services of General Interest and Social Services of General Interest, on 20 November 2007.
The Commission is claiming, despite all evidence to the contrary, that given the new Protocol on SGIs in the Treaty of Lisbon, everything concerning public services is now resolved. In fact, the opposite is the case, said Jeremy Smith, Secretary-General of CEMR.
We welcome the new Protocol, which underlines the wide discretion of local, regional and national governments in providing, commissioning and organising public services. But the Commission has not yet accepted that this broad discretion should be accepted in practice. For example, they still do not accept that local governments can deliver services through inter-communal companies and arrangements, without each authority having to tender out the service. This is an absurd situation, he added.
This point on inter-communal services was today reinforced by Anders Knape (President of the Swedish Association of Local and Regional Authorities) in an exchange with Commission Vice-President Margot Wallström, in the course of the structured dialogue on the 2008 Commission work programme, with the Committee of the Regions, national associations and the Vice-President.
CEMR also strongly criticizes the Commission's claim that the vast majority of services can be considered as -economic activities', which brings them under EU competition and state aid rules. The Court decisions on what are economic or non-economic services are unclear or contradictory at present. It is quite wrong to make such a sweeping assertion, which seeks to cover all manner of purely local social services. In our view, these are not economic services at all, he added. Moreover, we are not at all satisfied that the Commission's Frequently Asked Questions (FAQ) paper is an appropriate way of dealing with such contentious issues.
CEMR wishes to clarify or alter the law on four specific points:
CEMR's response to the white paper on Services of General Interest
CEMR's Innsbruck Declaration on the future of public services
The communication from the European Commission