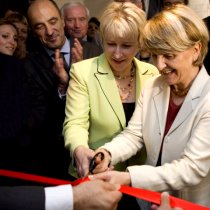 The House of Cities, Municipalities and Regions opens in Brussels