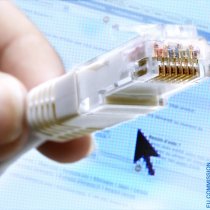 EISCO 2007 conference: 28 steps towards the i2010 Digital Local Agenda

Europe's main local and regional networks dealing with eGovernment and the Information Society* have adopted a manifesto of 28 steps to address the digital divide and to make full use of the potential offered by the information and communication technologies (ICT).
The Digital Local Agenda manifesto was adopted at the European Information Society Conference (EISCO 2007) that took place between 16 to 18 April 2007 in Hameenlinna, Finland. It include 28 goals to be reached by 2010 through the Digital Local Agenda process.
The manifesto represents a unique commitment by local and regional authorities across Europe to play their enabling role in the development of local economies and better living and working conditions for their citizens, said Javier Ossandon, President of ELANET, the Council of European Municipalities and Regions' network on the information society. Without strengthening the mechanisms of delivering electronic services at the local and regional level, argues Jeremy Smith, Secretary General of CEMR, it will be impossible to realise the potential benefits of ICT in the sphere of public administration. Not only are a large proportion of 'eGovernment" services delivered locally. As the level of governance closest to the citizens, it is in Europe's municipalities, cities and regions where the democratic deficit needs to be tackled first.
The 28 goals of the i2010 Digital Local Agenda manifesto establish different priorities in five key areas:
The manifesto also calls on national governments and the European Union to fully support local and regional authorities to accelerate the take-up of eGovernment and to promote an equitable information society for all citizens: in terms of greater involvement in national and European policy but also through greater access to the new EU framework programmes for the period 2007-2013.

* Europe's main regional and local networks dealing with eGovernment and the Information Society are namely the Council of European Municipalities and Regions (CEMR), EUROCITIES, ERISA, eFORUM, IT4ALL, the eGOV SOCIETY research network and the thematic networks IANIS+ and DEMO-net.

Since 1998 EISCO conferences - European Information Society Conference -have become a fixed appointment for local and regional authorities in Europe to discuss eGovernment and Information Society strategies, look at good practices and evaluate achievements.

EISCO 2007 was the 6th EISCO conference. It was organised by ELANET and the Council of European Municipalities and Regions (CEMR) together with the Region Häme, the City of Hämeenlinna and the Association of Finnish Local and Regional Authorities. The event was supported by the main European ICT networks bringing together local and regional authorities: IANIS+ and eris@, EUROCITIES, eForum, IT4ALL as well as the academic EGOV society network and DEMO-net.