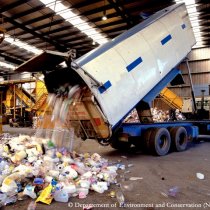 The Council of European Municipalities and Regions (CEMR) welcomes the strong "five step" waste hierarchy adopted by the European Parliament in its first reading vote on the waste directive, on 13 February 2007, in Strasbourg.

The "five step" approach on waste treatment includes prevention as a first priority, then reuse of products, recycling, energy recovery and landfill as a last resort. A consequent proportion of waste management takes place at local and regional levels, says CEMR secretary general Jeremy Smith. The introduction of a strong and clear five-step waste hierarchy with prevention at the top and environmentally sound disposal at the bottom is a step forward for local and regional government. CEMR had actively supported such an amendment.

The European Parliament also included in the legislation the mechanism clarifying when certain waste ceases to be waste. The Commission had proposed that this mechanism is defined by non-elected experts, something that CEMR had strongly opposed: such important decisions must indeed be taken at political level, in consultation which stakeholders and local and regional governments.

CEMR also welcomes the European Parliament's introduction of a sensible waste prevention general objective : by 2012, the amount of waste generated in the European Union cannot exceed the 2008 levels.

On a less positive note, CEMR is opposed to compulsory separate waste collection set at EU level. Sound management of biowaste should be promoted through the establishment of common quality standards on compost, said Jeremy Smith.

Recovery and recycling targets are a useful tool, said Jeremy Smith, but only if a stable market for recovered products and material can be established. He added that targets must represent a realistic ambition and be determined in co-operation with all stakeholders, including local government.

Finally, CEMR regrets that no clarification has been really made to the definitions of "recovery" and "disposal" in the case of efficient energy recovery from waste, as originally proposed by the Commission.