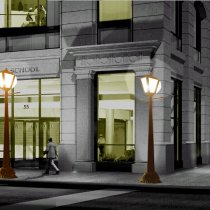 EU action plan on energy efficiency: A step into the right direction but in some parts too optimistic

A step into the right direction but in some parts too optimistic, this is the Council of European Municipalities and Regions' reaction on the European Commission's action plan on energy efficiency, adopted on 19 October 2006.

In its action plan, the European Commission proposes 75 measures aiming to save 20 % of Europe's energy consumption by 2020 and thus reducing the EU energy consumption and costs by more than €100 billion annually. These measures also accompany the EU's intention to reduce its dependency on energy imports, help limit pollution and support the EU's fight against climate change.

CEMR welcomes the European Commission's acknowledgement of the role of local and regional government and their contribution to reduce energy consumption. However, some scepticism remains whether the announced measures - many of them actually relying on existing legislation - will achieve the set target.

The target of 20% energy saving by 2020 strikes the right balance, said CEMR secretary general, Jeremy Smith. However this can not be done without an adequate financial and legal support from both the national and European levels, he added. As the governance level closest to the citizens, Europe's municipalities and regions are ideally placed to promote energy efficiency through initiatives tailored to the situation in each commune, village, town or region.

Pim Koegler, Chair of the CEMR Energy Network* said: this document could have gone further, with, for instance, a specific statement on the essential role of local and regional authorities in delivering a more energy efficient society. However we are satisfied that the action plan recognises that political will and engagement at the local, regional and national level are necessary if its objectives are to be achieved.

CEMR welcomes in particular tools that may benefit the local and regional levels, such as the promotion of local revolving funds and the Covenant of Mayors. The emphasis on the building sector is important too. As a first step, this will hopefully push member states to take more seriously the implementation of the directive on the energy performance of buildings.
CEMR's guidebook on energy use for local and regional authorities

In 2006, CEMR published, in collaboration with Energie-Cités and Climate Alliance, a guidebook "Save energy, save the climate, save money - A guide for local and regional authorities" aiming at helping municipalities and regions to use energy in a sustainable way.

This publication is aimed at elected representatives and the civil service of European local and regional governments. Its objective is to help municipalities and regions use energy in a sustainable way. The guide includes ten action steps on energy issues, and concrete examples of sustainable energy management.