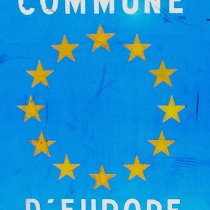 'Good news for Europe and for Europe's citizens!" This is how CEMR secretary general Jeremy Smith qualified the decision by the European Parliament's budgets Committee to approve €12.5m for the 2005 town-twinning budget, on 12 October 2004.
Early September 2004, the European Commission proposed a budget line of €10.5 million for twinning actions in 2005. An amount deemed unacceptable by CEMR.
'CEMR had called on the European Parliament to ask for a €12 million budget instead. Europe's municipalities can only thank the EP's Culture and Budget committees for their proposal to increase the budget. If confirmed, this sum will enable many municipalities to launch twinning actions with their European counterparts, thus bringing Europe's citizens closer to each other and forging crucial bilateral links between its towns and cities".
Twinning between municipalities and towns is part of the European Commission's programme on Active European citizenship. There are about 30,000 twinning links in Europe, most of them made possible by CEMR.
The EP's Budget committee's decision will now be discussed at the next plenary session of the European Parliament (25 - 28 October). It will then go back to the Council and is due to gain final approval from the EP at the December plenary session.