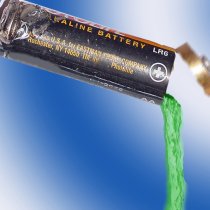 
As it stands, the proposed directive on batteries is unacceptable. This the conclusion of the Council of European Municipalities and Regions' position paper on the revised directive on batteries.
Though CEMR approves the Commission's approach to regulate the management of spent batteries and accumulators as well as the introduction of minimum requirements concerning the collection and treatment of spent batteries, it expresses serious doubts on several articles of the proposed directive.
CEMR does not believe that the proposal adequately addresses 'one of the most important environmental challenges" : the cadmium content of some batteries. CEMR calls for a ban on the use of cadmium when an alternative exists.
It is also regrettable that the scope of the proposed directive does not include the equipment into which batteries and accumulators are incorporated,.
CEMR also strongly objects to the Commission's proposals regarding monitoring the municipal waste stream; this would prove extremely costly without providing environmental benefits. A much simpler, less hazardous and less costly way would be to estimate the amount of such batteries and accumulators on the basis of sales and lifetime.
The collection rate proposed by the Commission represents less than 38% of the quantities of batteries put on the EU-15 market in 2002. This target seems far too low; the legislation ought to aim at higher target that should be formulated in terms of consumption percentages rather than volumes.
CEMR also calls for the reinforcement of the principle of the producer's financial responsibility so that it also includes the collection of spent batteries from collection points. The Commission's proposal does not include these costs though they represent a large share of the total costs of the management of this waste stream.
Full position paper