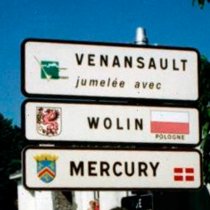 CEMR calls on EU institutions not to let down town twinning

The Council of European Municipalities and Regions (CEMR) is calling on the Council, the European Parliament and the European Commission to do their utmost to ensure thousands of towns and municipalities of Europe are able to fulfil twinning projects next year.
'Until this year, explains CEMR secretary general Jeremy Smith, the Commission has funded twinning projects via an ad-hoc budget line, and we are extremely grateful to the DG Education and Culture's unit in charge of twinning for its support throughout the years. However, recent changes in the budgetary structure of the Commission are threatening the short-term future of town twinning. The Commission has proposed that the future legal basis of twinning funding be article 308 of the EU Treaty. But article 308 requires unanimous agreement from the Council members. Nobody knows when the Council will discuss this issue and whether it will reach unanimous agreement".
The first consequence of the deadlock is that there will be no twinning projects until at least April 1st 2004 despite the fact that the European Parliament Culture Committee has already proposed a 14 Million euros package for twinning in 2004.
Also in the future, local authorities from non-EU members will not be automatically eligible anymore. Under the new system, Bulgaria, Romania or Turkey will have to successfully negotiate bilateral agreements with the EU in order for their towns and municipalities to have access to twinning funds.
At present there are about 30,000 twinning links established across Europe, most of them made possible by CEMR.
'Twinning is an essential part of the European project, says Jeremy Smith. It is about individuals and local authorities from different countries meeting face-to-face, exchanging information and experience. The European Union is not and cannot be a top down process; it is mainly about half a billion citizens living together. And twinning is the best way to involve citizens in the EU. We must make sure that the Council addresses this issue as soon as possible, and that it unanimously gives it a legal basis that would allow the Commission to keep funding twinning".
At the meeting of the CEMR Secretaries General, in The Hague, 22-23 Sept 2003, the Director of DG Education and Culture, João Vale de Almeida, told CEMR that over the years the level of satisfaction recorded on twinning has increased and that the European Parliament has given positive feedback on this issue. João Vale de Almeida acknowledged and thanked CEMR for its support and help in achieving such results.
For more information on town twinning, please contact Sandra Ceciarini at CEMR : Sandra.c@ccre.org