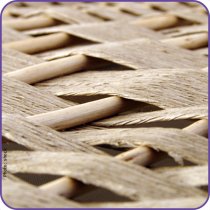 European local and regional governments are seriously concerned that the European Parliament will head off in the wrong direction when voting on the proposal for a new public procurement directive in the internal market and consumer protection (IMCO) committee on 18 December 2012.

Public procurement, which corresponds to a staggering 18% of EU GDP, concerns the purchase of goods and services on the basis of ‘value for money’.  However, value for money no longer appears to be at the heart of the directive, but rather replaced by the European Parliament’s wish to address other policy objectives via procurement. Local and regional authorities strongly object this approach, which would only boost the number of complaints and the amount of work for lawyers and consultants.

Where does local & regional Europe stand on the “lowest cost” clause in the framework of strategic procurement?

Municipalities and regions consider the possibility of procuring at the lowest cost to be vital in certain cases.  For example, if a local authority needs to buy petrol for its vehicle fleet, they should have the possibility of buying the lowest-priced fuel.  However, according to the European Parliament’s amendments, they may be forced to select the product according to a number of social or environmental criteria in addition to price.

The Council of European Municipalities and Regions (CEMR) is in favour of keeping the panoply of social and environmental policy goals voluntary as suggested by the European Commission.  The European Parliament’s approach however goes against the principle of subsidiarity and the democratic responsibility of public authorities to determine what they procure.  In addition, under the Parliament’s approach, if a municipality wished to pave its walkways with cheaper paving stones from outside the EU, they would be obliged to find out under what conditions these stones were manufactured (levels of pay, working conditions, etc.).  However, it is far too ambitious and disproportionate to expect local authorities to find out the details of manufacture of every item purchased, without actually going to the place of production — an impossible mission even for some of Europe’s bigger municipalities.

What about the issue of public-public cooperation?

The details about an exemption, whereby a municipality can work with another local authority to deliver a service such as waste disposal without having to apply EU public procurement rules, are far too confused.  The Parliament’s proposed exemption would only prevent intelligent public spending and the implementation of innovative solutions.  Local authorities will be unable to pool their limited resources and thus have to undertake the provision of these services individually, at increased cost to taxpayers.

Local & regional Europe against the overregulation of the “subcontracting chain”

According to the European Parliament’s amendments, a municipality wanting to build a school would have to find the lawyer’s details of each and every subcontractor in the chain before the project begins and throughout its duration.  CEMR believes this clause to be far too utopian to actually put into practice, not to mention this issue should have nothing to do with public procurement: the regulation of subcontracting is a matter for contract law.

Local & regional Europe hopes that the members of the IMCO committee will take a pragmatic approach and not adopt amendments to the new public procurement directive that would make the EU procurement regime worse than the current one, which has already proved difficult to work with.  As it stands, we wonder if we should not simply stick to the existing directive rather than adopt this new even more complex and inflexible legislative text.