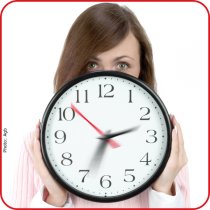 Time is running out and our national governments need to take action!

Ahead of the EU summit to be held on 27 and 28 June 2013, European municipalities and regions and their representative associations call* on member states to kick-start the fight against youth unemployment and ensure.that the unspent European Social Fund money be used to fund concrete youth employment actions.

The Council of European Municipalities and Regions (CEMR) has put forward a proposal for a European initiative, called EU Starter, which would offer a year of work experience in a public institution or non-profit organisation to 1 million young Europeans.

Not taking action on youth unemployment directly hinders economic recovery: the financial cost at EU level amounts to an astonishing 1.21% of GDP or an annual loss of €153 billion. We are already facing a lack of confidence vis-à-vis our governments and the European project, which will only get worse as the crisis deepens and unemployment increases.

It is high time for the EU institutions and national governments to put the fight against unemployment at the core of their agenda and to take the necessary steps towards concrete action.  Our EU Starter initiative would help prevent the rise of youth unemployment – currently at 5.7 million unemployed between the ages of 16 and 27 – by integrating 1 million young Europeans into the labour markets.

What’s the EU Starter all about?

EU Starter would offer a year of work experience in a public institution or non-profit organisation to young Europeans without a job, training or an education.

* This call was notably issued in CEMR’s youth declaration, adopted on 24 May 2013.