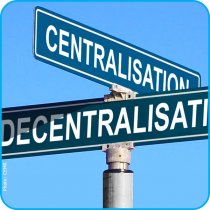 In the context of prolonged crisis, is the political, administrative and financial independence of local authorities under threat? Find the answer at the occasion of the conference '1953–1988–2013: Decentralisation at a crossroads', in Strasbourg, France, on 26 November 2013.

It aims to review the progress achieved over the last 60 years with respect to local democracy and self-government. It will also be an opportunity to mark the 60th anniversary of the adoption by the CEMR of the European Charter of Municipal Liberties (1953) and the 25th anniversary of the entry into force of the European Charter of Local Self-Government of the Council of Europe (1988).

The joint seminar will seek to answer several questions:

More information on the programme, speakers and the registration form are available on the Congress website.