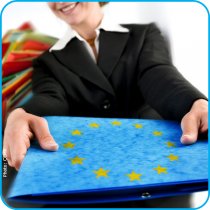 Serbian local authorities get prepared for EU accession thanks to cooperation between two CEMR associations of local and regional government: SALAR in Sweden and SKGO in Serbia.

This cooperation agreement was established in the framework of a programme entitled "Support to local governments in Serbia in the EU integration process". The idea behind it is that by the end of the program’s implementation, local authorities in Serbia will be prepared enough to meet the requirements facing on the road to the European Union. Once the country becomes an EU member, it is acknowledge that 60% of items on municipal councils agenda will be affected by the EU. As the saying goes, better safe than sorry.

Each association has a special role within the program: while the SKGO is the main implementing partner, SALAR is involved mainly in the provision of international expertise and technical assistance to support SKGO and Serbian local authorities.

The cooperation between Serbs and Swedes was established thanks to the financial support of Sweden and in cooperation with Swedish Association of Local Authorities and Regions (SALAR). It started in December 2011 with the signing of an agreement between Sweden and the national association of local authorities in Serbia (SKGO).