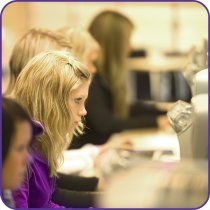 The CEMR report highlights the many examples existing on the ground, where partnerships at the local level have provided good results in terms of youth engagement and employment. The keys for sustainability and effectiveness seem to be devolution, integrated funding and good monitoring tools. For instance, our report showcases Essex County Council which has supported over 2,100 young people into an apprenticeship with target growth sectors since 2009. The results showed that 70 per cent have found sustained employment, compared with 64 per cent nationally.

Furthermore, based on the success reached by many local governments, Cllr Mairi Evans (Councilor of Angus and Chair of CEMR committee of local and regional young elected representatives), highlights the need for a better cooperation between the local and the EU level: “The European institutions should make reference to the partnership approach in their proposals and conclusions on youth employment”, besides “Local and Regional Authorities should be more involved in systematic and regular exchange of good practices with EU partners.”

However, the CEMR report also reveals certain obstacles that local government finds when implementing youth employment programmes, including the reduction of budgets and cuts to services. In this regard, CEMR believes that national governments cannot only devolve the accountabilities to regional and local authorities but should also give them the possibility to participate in the design and programming stages of such measures.

During a speech recently addressed at a Conference on “Youth Guarantee” in Greece, the Commissioner responsible for employment, social affairs and inclusion, László Andor highlighted the need for consistency and a strategic approach steered at national level - however, he pointed out "that the real action takes place — or may fail to take place — at local and regional level."

Although CEMR believes that “Youth Guarantee” is a good initiative to tackle youth unemployment, it considers that some flexibility is necessary to further local and regional authorities’ own work in fighting youth unemployment, while abstaining from certain imposed targets and measures that do not fit with local means and needs.

*“Tackling youth unemployment: let’s revive partnership between all governance levels”, has been carried jointly with CEMR and its member associations since September 2013. It was adopted during Executive Bureau meeting 05 March 2014, in Athens.