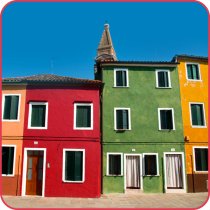 Euronews catches up with our mayors on a well-known phenomenon: urbanisation in Europe

Europe has 23 cities with more than a million people and 325 cities with a population of around 100,000. Two thirds of us live in cities, generating 67% of Europe’s GDP. If we add those numbers up, it is clear that urbanisation is important. To better understand this issue, Euronews produced a video that explores urbanisation and the growth strategies of various types of cities and towns, including Venice and Lisbon.

This round-up of cities and towns was conducted while the European Commission is to come forward with a a strengthened profile of the urban dimension within EU policies. Johannes Hahn, EU commissioner for regional policy, told Euronews: “In the previous period (2007-2013), the share of the structural fund money for cities was 40% of our budget. In the new one (2014-2030), I expect up to 60% to be spent in urban structures in order to improve quality of life.”

In this context, the mayor of Venice and CEMR co-president, Giorgio Orsoni, explained: “Cities are joining forces to get their voices heard and to demand not only funding and resources, but a share in the decision-making.” This message is also being conveyed in the local and regional governments' manifesto ahead of the European parliamentary elections in late May. The 24-page document highlights 9 proposals for bringing EU policies closer to local and regional realities.

But the challenge for large and medium-sized cities also lies in managing urban growth and development. Most of them are indeed battling with the consequences of the economic crisis. The mayor of Lisbon and CEMR executive president, António Costa, told Euronews: “The worst problem resulting from this crisis is unemployment and above all the exodus of qualified young people to central and northern Europe, because losing our qualified young people will affect our future and our ability to recover and develop.”

The full documentary is available in 11 languages.