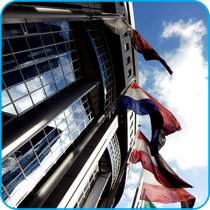 “Local and regional authorities cannot be put in the same box as arms dealers and the financial sector. This is why we deplore the MEPs’ decision to force local authorities into the transparency register – the so called EU Lobby register – which is appropriate for lobbyists who follow purely or mainly commercial, financial or single-issue interests. In particular, we question the EP’s vote as regions remain exempt from the requirement to register.

Unlike the commercial lobbyists, private companies or NGOs; local authorities are in line with democratic principles since they are democratically elected and represent citizens and their interests. Furthermore, they play an essential role in the European governance since over 60% of the local agenda is influenced by decisions taken at the European level. In consequence, they should rather be considered as partners of the EU institutions instead of their antagonists

Letter sent by CEMR to the members of the European Parliament ahead of the vote on 15 April 2014.
Translate