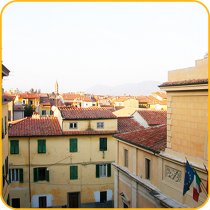 “An urban sustainable development goal is a default gateway to address the challenges of the 21th century”, stressed Ronan Dantec, Councillor of Nantes and UCLG’s spokesman on climate, at the European consultation on the Sustainable Development Goals (SDG) organised last 28 May by United Nations Department for Economic and Social Affairs and the European Economic and Social Committee.

Since sustainable development goals will be universal, one major question arises for us Europeans: what does Europe want to take out of them? This concern was at the heart of this consultation.

Further to our advocacy efforts at global level, coordinated through the Global Taskforce, CEMR reiterated the request to have a stand-alone goal on sustainable urbanisation aiming at building safe, inclusive, productive and resilient cities, towns and municipalities.

Urbanisation will indeed be the defining trend of the 21st century - today about 72 % of the total EU population live in cities, towns and suburbs. Many urban policies and projects, like the Reference Framework for Sustainable Cities, have been implemented to address urban issues; however, a unifying concept is still needed.