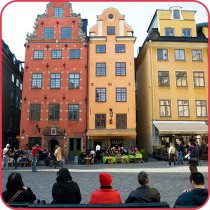 While 72 % of the total EU population live in cities, towns and suburbs, this proportion is likely to reach more than 80% by 2050, giving rise to numerous social, environmental and democratic challenges. In this context, the European Commission is planning to strengthen the urban dimension of its policies by introducing a European Urban Agenda.

After publishing a communication on the main characteristics of this agenda, the Commission launches a large public consultation with citizens, organisations and public authorities concerned by urban development. This consultation aims at further clarifying the need for an urban agenda, its objectives and the way it should be implemented.

Contribute by filling in the online questionnaire made up of 6 open questions, for instance on the role that the EU and the national, regional and local levels should play in the implementation of urban development policies. You are also welcome to send your contributions to the Commission by email.

The consultation is open until Friday 26 September.

Preliminary results will be presented by the Commission at the occasion of a conference in Rome in the framework of the Italian Presidency of the Council of the European Union. This conference will decide upon the next steps towards the adoption of an EU Urban Agenda.


More information about the consultation and about the EU Urban Agenda project is available on INFOREGIO’s website.

*This consultation follows the debate organised by the Commission in February 2014 on the nature and future objectives of the Urban Agenda. At this occasion, CEMR expressed its position for an Urban Agenda.