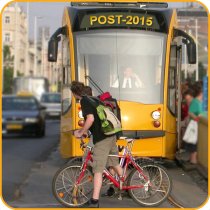 Municipalities and regions have their own sustainable development goal

Cities, municipalities & regions are one step closer to being an integral part of the next global development framework, known as post-2015. A goal focused exclusively on the local & regional level has indeed been included in the list of sustainable development goals (SDGs) proposed by the United Nations (UN) Open Working Group.

This move represents the culmination of an extensive lobbying campaign undertaken by CEMR and UCLG, through the Global Taskforce, and highlights the importance of local and regional authorities as frontrunners in sustainable development and poverty eradication worldwide.

The document released in July, and which will now feed the formal negotiations until its adoption next year, states that the world community should “make cities and human settlements inclusive, safe, resilient and sustainable.”  This will be possible through safe and affordable transport systems, green and accessible public space or resource efficiency plans, among others. We can also celebrate the mention to local government in various other goals, notably gender equality and governance.

CEMR has fought hard for the so-called “Urban SDG”, arguing in a paper that it also makes sense in and for Europe. SDGs will be universal, and thus also apply in Europe, where our cities and regions are key drivers of the continent’s economic, social and territorial cohesion.

Since 2000, the development agenda is structured around eight Millennium Development Goals (MDGs), ranging from poverty eradication to gender equality or environmental sustainability. In 2015 and in an effort to bring the poverty and the environment agendas into one single universal framework, MDGs will be succeeded by a set of sustainable development goals, which will serve as basis for sustainable policy strategies and policies worldwide until 2030.

A reduced group of countries, gathered in a so-called Open Working Group, discussed during 18 months which should be the priorities. 17 goals were selected and will continue to be discussed until their formal approval in September 2015.