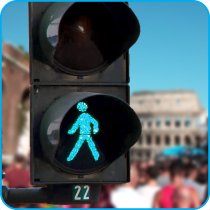 Join us in Rome, discover what active citizenship is all about and how local government can benefit

Women and men, young and old, migrants or locals… we are all citizens being part of a community. But this does not necessarily imply being “active citizens”. In this increasingly connected world - culturally, politically and economically - the question of how to promote and facilitate people’s active involvement in their local communities is a key issue for Europe’s local government.

This is the reason why we have decided to devote this European Conference on citizenship and twinning to the concept of active citizenship. The conference entitled “Citizen in my city – Citizen in Europe” will take place in Rome, on 15-16 December 2014.

The event will be an opportunity to discuss broadly the development and challenges of a European citizenship, with related issues such as participation, integration, gender equality and partnerships as tools to enhance the concept of active citizenship.

It will bring together local elected representatives from Europe and other continents, as well as speakers from international and European organisations, experts and representatives of civil society. Together, we will see how to:

For more information, please consult the conference website “Citizen in my city – Citizen in Europe” (available in English, French and Italian).

The 2011 edition of the European Conference on citizenship and twinning took place in Rybnik (Poland) in the framework of the Polish Presidency of the Council of the European Union.