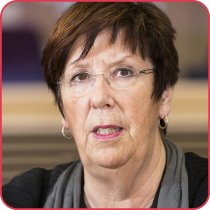 CEMR president: "The respect for the principle of governance and the urban agenda deserve greater attention"

CEMR president, Annemarie Jorritsma, has told Agence Europe of her principal concerns on the cohesion policy, as reported to Commisssioner for Regional Policy Johannes Hahn and Commission President José Durão Barroso during their meeting. Respect for the principle of governance and the urban agenda deserve greater attention, she said.

Do you feel that the principle of multigovernance, which was agreed in the reform of the cohesion policy, was properly respected in putting together the partnership agreements?

We did a survey on the involvement of the local and regional authorities in preparing the partnership agreements, in which we see a different attitude on the part of the national governments in involving them. This goes from involvement from the start of the process as a key partner, with the co-signature of the partnership in Denmark, to involvement as stakeholders able to make a contribution only to the final draft version of the text, as was the case in Belgium. I feel that the Commission really has a part to play in implementing multi-governance: please check that it is done correctly, there is room for improvement in many states. This should be a good subject for discussions for the next Commissioner with the national representations. I have also told Mr. Barroso and Mr. Hahn this.

Are you concerned that the programmes financed by the structural funds are getting under way too late?

The new cohesion programmes 2014-2020 began this year in January, but due to extended negotiations on the budget and the new process for approving the partnership agreement, the programmes will not start until 1n January 2015. This means that we are losing a year, as in the previous programming period 2007-2013. Commissioner Hahn told us that the European Commission was already discussing how to deal with this post-2020, to prevent this from happening again for the next period. We will certainly be asking Ms Cretu to make sure it doesn’t.

What would your recommendations be to the next Regional Development Commissioner in terms of priorities?

Something which is now urgent is the urban agenda. Commissioner Hahn has done a great deal of groundwork. We all know that cities and urban regions are a driver of growth and employment these days, but that this goes hand in hand with challenges such as climate change and unemployment. It is therefore strange that this urban agenda is not yet ready. We deeply regret the fact that Mr Juncker did not include the urban agenda in the reference terms for Ms Cretu as Commissioner, and we hope that the European Parliament will add this important task to her portfolio. We really believe that this urban dimension should be better embedded at European level. We are all aware that without help from the urban areas, not all of these problems can be resolved.