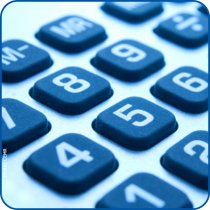 The declaration was adopted by Council of European Municipalities and Regions and its member associations gathered in Rome, on 17 December 2014, at the occasion of the CEMR's Policy Committee meeting.

Its adoption was preceded by an engaged speech of Jacques Gobert, president of our Walloon association (UVCW). In his address, he notably outlined his concerns about the inadequacy of the new accounting rules (ESA 2010 – entered into force in September 2014).

"ESA 2010 does not distinguish between expenses for operational costs and those for investments; they are budgeted completely in the year they are made, while according to general accounting rules, investments can be depreciated. And since the local budgets are integrated in the national budgets in order to meet the thresholds of the Stability and Growth Pact and subsequent regulations of fiscal surveillance, local and regional authorities are forced to reduce their investments considerably."

CEMR and its associations are very worried that the application of these provisions  has already led to a serious reduction of investments at local and regional level, which have a negative impact on the local economy and employment. There is a huge need to improve our infrastructure, which contributes to our competitiveness and the quality of life in our regions, cities and municipalities. It needs to be emphasised that about two third of public investments are made at these levels .

The declaration calls for the review of the accounting rules (ESA 2010) to treat expenses for investments different than expenses for operational costs, allowing public authorities to invest in the maintenance and improvement of their infrastructure and services to the benefit of the citizens and businesses and a sustainable and competitive future. It also underlines the need to exclude public expenditure related to the implementation of the Structural and Investment Funds programmes from the budgetary surveillance rules.

CEMR welcomes Commission President Jean-Claude Juncker’s priority to focus on jobs, growth and investment, and we are committed to contribute to the implementation of the announced €315 billion investment package. However, the failure of the Lisbon Strategy clearly showed that such an ambitious project can only be successful if local government are involved from the beginning. In this context, CEMR president, Annemarie Jorritsma, declared:

“We are convinced that the investment plan can only achieve sustainable results if all levels of governance act as partners and cooperate. Only then, the European Union can demonstrate that it has the will and power to lead us, and in particular the next generations, into the future”.