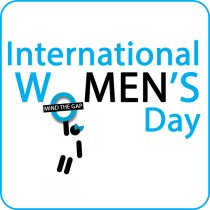 With the International Women's Day just around the corner, the Council of European Municipalities and Regions (CEMR) calls on the European institutions to boost their support to local and regional governments’ work on gender equality. To this end, CEMR puts forward three proposals to better involve local and regional governments in their endeavour to enhance equality between women and men.

Approximately 1500 municipalities and regions from 32 European countries are already taking action towards gender equality, for instance, by promoting gender diversity in municipal professions like bus drivers, by offering training to prevent gender based stereotypes at school or promoting women in decision-making positions at local level.

However, the statistics prove that gender equality is still far from being achieved. To date, 22% of women have experienced physical or/and sexual violence by a partner, they earn 16% less than men for the same work and remain underrepresented in decision-making positions. Therefore we call upon the EU institutions to step up their efforts. “Without further support there is a risk that initiatives undertaken by municipalities, cities and regions to date will diminish or even disappear,” said Ewa Samuelsson, Chair of CEMR’s standing committee for equality, during her intervention at the European Parliament .

Several institutions already generate and provide statistics to better define, implement and analyse EU policies. However, to achieve more accurate and measurable results in our territories we call for further support EU institutions to increase data gathering at the local and regional level, and to promote better tools for more effective monitoring of progress on gender equality.

Involving local and regional governments, and their representative associations, is also the most effective way to achieve concrete results.  They are the level of government closest to the people and as a result can have a more direct impact, for example on the access to senior level positions or promoting changes in behavior to reduce gender based violence.

This is why we believe our input, at this stage, to shape the EU Strategy for equality between women and men post 2015, will be essential, particularly since this Strategy will define European actions and policies to tangibly improve the situation of women over the next five years.

The three proposals were officially released on 3 March 2015 during the seminar “Gender Equality - local actions bringing real change”, jointly organised by CEMR and its Swedish association (SALAR), and hosted by MEP and member of FEMME committee Anna Hedh, at the European Parliament.

In 2006, CEMR launched the European Charter for equality of women and men in local life. Its aim is to encourage local government to take action towards equality by implementing concrete projects. A few years later we set up an Observatory on the charter, which serves as a platform to share good practices and successful local gender equality policies.