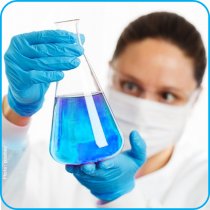 The search for the elixir of youth in our municipalities and regions: 1st activity report of the YELAC project

Which topics are of particular concern to young people today? How to engage young elected representatives to become the political ambassadors of the younger generations? Read on and find out the answers in the first report on the YELAC project.

The YELAC project, which stands for “Young European Leaders for Active Citizenship”, aims to mobilise young local and regional elected representatives and other stakeholders to identify the most relevant issues with respect to youth participation in decision-amking. It also seeks to advance democratic citizenship through the introduction of innovative forms of participation.

The report - the first in a series of four - shows that housing, unemployment and education are three topics of particular concern to the young generation at the present time. Migration is also considered as one of the most worrying topics for young local and regional elected representatives. It includes migratory flows from non-EU countries and their integration in municipalities on the one hand, and internal mobility of EU citizens within the EU and between urban and rural areas on the other hand.

The report then lays out some ways to increase youth participation in decision-making.
One example is the establishment of positive discrimination at the local level, like in the Netherlands; or the setting up of new forms of direct participation in local governments, such as the model of participatory budgeting.

The next stage of the project will be to gather again young local and regional elected representatives, and other relevant stakeholders and practitioners in order to discuss more in detail the topics identified in the first report.
Background information

The YELAC project originated at CEMR’s Conference on citizenship and twinning, end of 2014. At this occasion, a debate took place to identify the most pressing issues for young Europeans at the local level, and to kick-start a debate on how to better engage the youth generation in policy development.

The debate was organised through the format of the "World Café". Small groups of participants sat around a table and discussed a specific question for a structured amount of time. Participants were then asked to move between tables where they continued the discussion in response to a set of questions. The World Café concluded with a wrap-up discussion.

Traduire
About the YELAC project

The YELAC project brings together the CEMR, seven national associations of local and regional governments and other stakeholders and civil society organisations. It revolves around four activities and will be carried out until 31 May 2016.