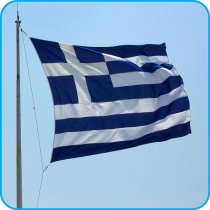 “In these difficult times, European citizens have shown their solidarity in many ways. But the solidarity is not enough by itself.” With these words starts a declaration in which Georgios Patoulis, Mayor of Maroussi and President of our Greek association (KEDE), calls on European mayors to engage with the Greek people and local government in their way out of the current economic crisis.

Since 2008, Greece suffers from an unprecedented crisis, which effects continue to impact on citizens’ daily life and the way Greek municipalities and regions invest in their territories.

Among other initiatives, the President of KEDE proposes to create a European Local Government solidarity network to exert pressure on national governments and to speed up the adoption of new policy initiatives, to replace the current austerity policies.

We, at CEMR, welcome this initiative from KEDE and we support the efforts made by the Greek people and local government.

Mayors and local elected representatives who want to endorse this declaration, can send an email to KEDE.