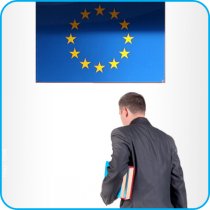 CEMR calls for a major debate on Europe's future

On the occasion of Europe Day, the Council of European Municipalities and Regions (CEMR) calls for the organisation of a wide debate on the future of Europe.

On 9 May, we celebrate the anniversary of Robert Schuman's call for a united Europe. This date marks the beginning of the European integration process. For more than 60 years, Europe has brought prosperity and peace. From the very start this European commitment was supported by mayors and local and regional representatives who aspired to a Europe built on powerful and autonomous local governments and taking ownership for the development of their localities.

Today, Europe seems remote from peoples’ daily concerns, leading to a sense of scepticism. In this context, CEMR calls for a new ambition for Europe, one which is less technocratic, closer to its citizens, and mindful of their concerns.

As the levels of government closest to the people, local and regional governments are uniquely positioned to relay the expectations and worries voiced by our citizens. We therefore call for the organisation of a broad debate on Europe’s future. In this respect, we plan in the coming months, to launch a debate on a local and regional vision for Europe 2030. In 2016, our Congress to take place in Nicosia, from 20 to 22 April, will adopt this vision supported by local and regional governments and to which all our elected representatives and their national associations will be invited to contribute.