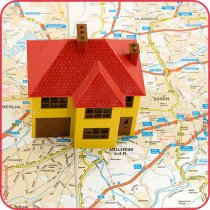 Member states committed to continue their work towards an urban agenda

“An EU urban agenda recognising the role of cities, providing a framework for better integration of their needs in EU policies and supporting exchange of knowledge and experience would be a real added value.” This is one of the messages that the mayor of Sala (Sweden) and CEMR representative, Carola Gunnarsson, addressed at an informal Council meeting in Riga (Latvia), on 10 June 2015.

This meeting was organised by the Latvian presidency of the EU and gathered national ministers in charge of regional and urban development. The aim of the meeting was to discuss the elements that will define the future EU urban agenda, such as working in partnership with the European institutions, member states and local government.

As for Commissioner for Regional policy, Corina Creţu, who gave the opening speech, she reiterated that the EU urban agenda should mean a better coordination of European policies having an impact on urban areas.

During the meeting ministers adopted the “Declaration towards the EU Urban Agenda”, which put forward some aspects to be taken into account by the next EU Presidencies when defining the content of an urban agenda, like:

Furthermore, the Declaration invites local governments to actively contribute to the further development of an urban agenda.

The Commission is currently working with the Latvian and upcoming Luxembourgish and Dutch Presidencies to turn the urban agenda into reality. CEMR will actively contribute through the promotion of its proposals for an urban agenda that fits the diversity on the ground.


The Informal Ministerial Meeting is the traditional format of political discussions organised by the EU presidencies with high-level representatives of the EU institutions and key partners (European Parliament, Committee of the Regions, European Investment Bank, and CEMR, Eurocities, etc.).