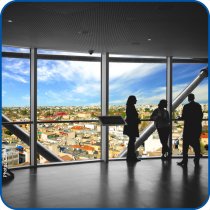 Migration, territorial reforms, climate change, local finances: these are some of the challenges we face to prepare our municipalities and our regions for the Europe of tomorrow.

Join hundreds of mayors, councillors and presidents of regions from all across the continent, along with representatives of European institutions and official organisations, in Nicosia, Cyprus next 20 to 22 April 2016 to discuss Europe and of its local governments in 2030.

The Congress in figures

Drop a line on Twitter and join the discussion

Got an idea, a comment or a concern? Drop a line on Twitter and read what others are saying before, during and after the Congress. Participate in the debates via your own tweets using the hashtag #CEMR2016.

The congress in your language

Simultaneous interpretation will be provided at most of the sessions.Working languages include English, French, German and Greek.