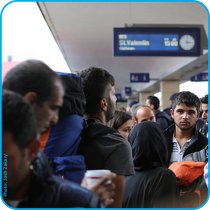 The Council of European Municipalities and Regions (CEMR) urges the EU Member States to establish an immediate dialogue with local and regional governments, and their national associations on how best to use the extra EU budget resources made available to help those towns faced with an influx of refugees.

The European Parliament has just approved the Commission’s proposal to strengthen the EU support to cope with the refugee crisis, after the Council’s approval of the proposal last week.

Last September CEMR called on the EU budget to be fully mobilised to help Europe’s towns and regions having to provide for tens of thousands of refugees; following that appeal, the European Commission, followed by the European Council, pledged emergency financial measures.