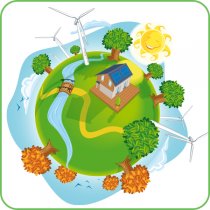 How cities and regions are preparing for COP21 and beyond?

"From words to political action, local governments take action against climate change". This is the substance of the message addressed by CEMR's secretary general, Frédéric Vallier, at the occasion of a debate in preparation for COP21.

The event was organised by the European Economic and Social Committee (EESE) and the Committee of the Regions (CoR), on 19 November 2015, in Brussels. It explored how civil society, cities and regions are preparing for COP21 and beyond. An opportunity to take stock of the Covenant of Mayors' achievements so far and to set the stage ahead of the COP21.

On this occasion, Frédéric Vallier said: "The Covenant of Mayors is a unique initiative of its kind, bringing together different levels of governance: small towns, cities, regions, districts, national associations of local governments, as well as national stakeholders and the European institutions. While the 2008 Covenant of Mayors focuses on mitigating climate change through the implementation of sustainable energy strategies, Mayors Adapt, a similar initiative with the same governance model, was launched in 2014. Its purpose is to help cities strengthen their resilience to the inevitable impacts of climate change. (...) In addition, an international strand of the Covenant of Mayors will be launched in a few months to replicate the success of the initiative in other parts of the world."

Ahead of the 2015 Paris Climate Conference (COP21), CEMR and its member associations also adopted a policy position about the international negotiations on climate. You can read our position in English and in French.