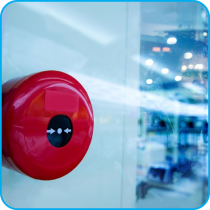 “Without concerted efforts on the part of the EU and Member States on how to finance the necessary actions to be undertaken, local and regional governments will be unable to address the refugee crisis.” This is the key message that CEMR Secretary General, Frédéric Vallier, wishes to convey ahead of the European Council meeting in February.

“The refugee crisis has already pushed the EU Multi-Annual Financial Framework for the 2014-2020 period to its limits,” says Frédéric Vallier. “On the basis of current trends, the number of refugees expected to arrive in Europe will continue to increase. In consequence, EU’s budget will need an additional 30 billion euros to tackle this crisis.”

Frédéric Vallier made an earlier call at a meeting with MEPs, on 16 February, at an interparliamentary commission. On this occasion, CEMR secretary general made several proposals to find solutions to the lack of financing as a matter of urgency: “One could imagine, for instance, the creation of a temporary and specific European bond to finance the relocation of refugees. Other options could include:  the introduction of a special tax on petrol/oil or even the creation of interest-free loans by the EIB to build housing and boost local infrastructure.”

With respect to the rules of Stability and Growth Pact, he called for more flexibility for towns and cities facing insufficient resources and hosting a high number of refugees. He also pointed out that “only Member States involved in the relocation mechanism for refugees should benefit from these new resources.”

Since January 2015, more than 710.000 refugees have entered Europe and municipalities have incurred unexpected costs. In many cases, these are costs that are either not reimbursed or are expenses that are only partially covered by central governments. In the case of Germany, CEMR estimates that in 2015, the cost of the refugee crisis totaled around 15 billion euros, of which 10 billion was funded by local authorities and 5 billion by the regional and the federal government.

“This why such initiatives can be crucial for towns and regions as they are, in many cases, lacking the finances necessary to build houses, or to recruit teachers, social workers and interpreters,” pointed out Frédéric Vallier.

As the European council is meeting to address the migrants and refugee crisis, CEMR secretary general echoes President Tusk, who recently declared: “Cities, local communities and regions have some of the toughest jobs in Europe right now, most obviously the effort to receive and integrate people in need of international protection.”

In this context, Frédéric Vallier calls on EU Member States to turn words into actions and to find financial solutions to solving the current crisis.

CEMR resolution on the refugee crisis: “For a common European Asylum Policy at all levels of government”