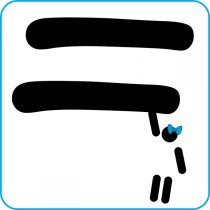 Ten years fighting for gender equality in our towns and regions

This year the CEMR and its national associations of local and regional governments celebrate the 10-year anniversary of the European Charter for Equality of Women and Men in local life. Initiated in 2006, this political document aims to secure firm commitments from towns and regions to take concrete measures to promote gender equality in their territories.

According to the Mayor of Galdakao (Basque Country, Spain) and CEMR’s Spokesperson for Gender Equality, Ibon Uribe: "Not only are we marking an important anniversary but we are also commemorating a huge success. Since the launch of the Charter, over 1500 towns and regions from 32 European countries have been working every day to achieve more equal and inclusive societies.”

With respect to concrete actions carried out on the ground, Mr. Uribe says: “Towns and regions are making excellent progress by reinforcing equal participation of women and men in the service labour force and by guaranteeing equal representation in decision-making posts at the local and regional level. However, awareness needs to be raised: addressing inequality should be assumed both individually and collectively by those of us charged with leading our municipalities. We will make the Charter more effective by increasing the level of political commitment.”

“Equality, if not now, then when?”: CEMR’s declaration

To mark this special year, CEMR and its Standing Committee for Equality have prepared a declaration on the occasion of International Women’s Day to underscore a number of important issues concerning gender equality, including: gender-based violence, women refugees fleeing conflict, and professional equality. Therefore, towns and regions:

This declaration, endorsed by the Mayor of Paris and President of UCLG Standing Committee on Gender Equality, Anne Hidalgo, also represents a renewed engagement of local and regional goverments in favour of gender equality.

It will be signed by local elected representatives and by CEMR member associations that recognise the great strides that have been made toward greater equality, but are not satisfied with the status quo. In 2016, they commit to taking bold action to promote equality between women and men, beginning at the local and regional level and extending to Europe and the entire world.

The declaration as already been signed by some 50 mayors and local elected representatives and will be open to signatures which will be addressed to the EU Commissioner responsible for Justice, Consumers and Gender Equality, Věra Jourová, in the context of CEMR’s Congress taking place in Nicosia from 20 to 22 April 2016.