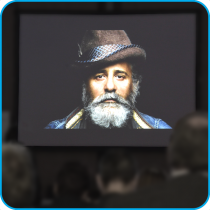 Missed something? Take a look at the presentations, speeches, videos and photos

CEMR organised its 26th congress in Nicosia (Cyprus), on the theme of “A local and regional vision of Europe 2030”.

Over 500 participants from Europe and beyond gathered in Nicosia from 20 to 22 April 2016. Among them, the mayor of Santander (Spain) and CEMR president, Iñigo de la Serna, the mayor of Nicosia, Constantinos Yiorkadjis, the mayor of Johannesburg, Mpho Parks Tau, the deputy mayor of Athens, Maria Stratigaki, and Member of the European Parliament Jan Olbrycht were present.

The CEMR Congress also welcomed representatives of the Council of Europe, Transparency International, UN Habitat and UCLG to discuss different topics of great importance to local and regional governments, such as: the refugee crisis, territorial development, climate change or local finances.

You can find all the presentations, speeches, videos and photos of the congress on the following links: