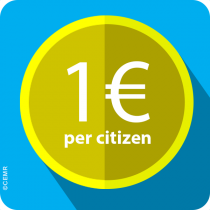 EU should invest 1€ per citizen to boost democratic engagement

Strong populism calls for stronger citizen engagement: Europe’s towns and regions call on Members of the European Parliament to vote for the increase of the Europe for citizens programme’s budget to 500 million euros – 1€ per citizen – in the plenary session in March.

The President of the Council of European Municipalities and Regions, Stefano Bonaccini*, states: “The Europe for citizens programme funds hundreds of bottom-up projects, led by citizens, networks of towns or twinned towns. In times of doubt about the European project and rise of populism and nationalism, it is essential to get citizens involved, and in turn, strengthen democratic engagement as well as civic participation. This deserves an ambitious investment. With 1€ per citizen, we can make it happen.”

Support for our cause is already strong: on 24 January, the European Parliament’s Committee on Culture and Education (CULT) voted to increase the programme’s budget to 500 million euros.

This vote was a great first-round victory for European local governments and citizens. Now, on top of the vote in March, the Parliament, but also the Commission and the Council need to take this into account during the discussions on the post-2020 Multiannual Financial Framework (MFF). CEMR secretary general Frédéric Vallier further argues: “For many years, Europe’s towns and regions have been calling upon the European institutions to strengthen the Europe for citizens’ programme – so that on the ground, real steps are taken to connect Europe with its citizens.”

3 more ways the EU should optimise the Europe for citizens’ programme:

Europe’s towns and regions are counting on the European institutions to keep the momentum going, and to make a solid investment in concrete action for a more citizen-oriented Europe.

10 April: European Commission: deadline for public consultation for the mid-term evaluation of the Europe for Citizens programme 2014-2020

*President of the Emilia-Romagna region and president of CEMR’s Italian association (AICCRE).

Translate
On 24 January, on the same day as the CULT Committee’s vote, the Commission published the 2017 EU Citizenship report.