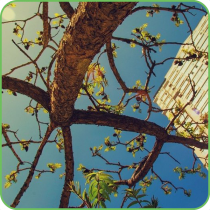 The future is circular: Join us at the circular economy conference in Seville

Who in the world needs a circular economy? Everyone, that’s who. Come to the conference on “the Circular Economy: the commitment of the cities” in Seville on 15 March to discuss, meet, exchange and learn about how cities across Europe can spearhead the fight against climate change thanks to the circular economy.

The circular economy is essential for both the protection of the environment and job creation in our towns and regions. According to the European Commission’s impact assessment, EU waste and circular economy legislation could help avoid 443 million tons of greenhouse gas and create 180,000 direct jobs by 2030.

Mayors, ministers and experts from all over Europe will be there. Among them, CEMR President Stefano Bonaccini* will be speaking. Starting with the circular economy in the European context in the morning, the conference will focus on implementation actions in Spain in the afternoon. See the full programme for more details.

For more information and to register for the event, send an email to srentero@femp.es.

The Circular Economy conference is organised by CEMR’s Spanish association (FEMP), the city of Seville and Ecoembes, in collaboration with CEMR, Fundacion Cajasol, FAMP and Junta de Andalucia.

* President of the Emilia-Romagna region and president of CEMR’s Italian association (AICCRE).