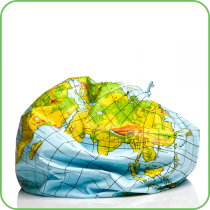 To American mayors: work with us to make the planet great again

“We invite all US mayors to work in close partnership with all local leaders in the world to keep fighting climate change and achieve our common goal of decarbonising our societies. CEMR will always stand by your side, also engaging in concrete ambitious climate action in the framework of the European and the global Covenant of Mayors, UCLG and all partners engaged.”

Mayor of Seville and the Council of European Municipalities and Regions’ (CEMR) spokesperson for climate and energy, Juan Espadas Cejas, made this declaration today to invite our friends, towns and cities in the USA, to work with us for the climate.

The deputy mayor of Paris and PLATFORMA spokesperson Patrick Klugman also expressed PLATFORMA’s commitment to strengthen cooperation for the global Sustainable Development Goals: “COP 21 was the occasion to highlight the role of cities to tackle climate change. It was also an occasion to mobilise mayors and local leaders from all around the world in a common movement to cooperate and act concretely to ensure a sustainable development for all. PLATFORMA partners commit to enable this development.”

The mayor of Udine and CEMR spokesperson for climate and energy, Furio Honsell, also addressed a message to fellow local leaders in the USA and the world: “A firm political commitment to fight climate change worldwide was made at COP22 in Marrakech, the COP for action. City climate diplomacy is even more important now than ever. It is now time to be more ambitious in our goals and show leadership. It is now time to foster collaboration between mayors and local leaders in the USA, Europe and worldwide.”

The blow to the climate that the USA’s withdrawal represents must not be underestimated. Nevertheless, the Paris Climate Agreement remains irreversible, and towns and regions worldwide were already playing a decisive role in climate action before it, and will continue to do so in the future. It is also an opportunity for European local governments to lead the way in this field, not only within its borders, but also as the vanguard of climate action worldwide.

Many mayors in the USA are already committing to adopt, honour and uphold the Paris Climate Agreement in response to President Trump’s withdrawal. Once again, towns and regions show their leadership and responsibility towards the planet and future generations where a state has failed. We look forward to working closer than ever with American towns and regions.

In a declaration on climate, CEMR's Policy Committee members reacted to President Donald Trump’s decision to withdraw from the Paris climate Agreement. An invitation was sent, via the declaration, to local and regional elected representatives so they work in close collaboration to continue their fight against climate change and reach our common goal of decarbonising our societies by 2050.