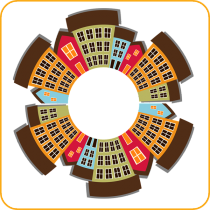 Which role for intermediary cities in the implementation of the New Urban Agenda?

The ninth session of the World Urban Forum (WUF9) to take place in Kuala Lumpur (Malaysia) is the first session to focus on the implementation of the New Urban Agenda adopted in Habitat III. In the “Listen to Cities room”, specific events are organised to ensure effective discussion on action-oriented solutions involving representatives at all levels of government: the Council of European Municipalities and Regions (CEMR) is co-organising one on the the role of intermediary cities.

The WUF9 is an opportunity to continue increasing the dialogue between national and subnational authorities on the New Urban Agenda implementation. CEMR (Member of the Global Task Force of Local and Regional Governments), PLATFORMA, the Covenant of Mayors in Sub-Saharan Africa and Cities Alliance are organising on on Friday 9 February  an event on the role of intermediary cities for achieving the Sustainable Development Goals (SDGs) and the New Urban Agenda.

The event will give a comprehensive vision on the role of territorial approach to local development to achieve SDGs and the New Urban Agenda in territories. The event will zoom into the practice of towns adn regions to address the urbanisation challenge in an integrated manner with their hinterlands.

Moderator: Frédéric Vallier, Secretary-General of the Council of European Municipalities and Regions (CEMR)


You can find the full article on PLATFORMA’s website.

Traduire
The event  “The city and the territory: the role of intermediary cities and the Territorial Approach to Local Development for achieving the SDGs and the New Urban Agenda”, will take place on Friday 9 February from 15:00 to 17:00 (local time).