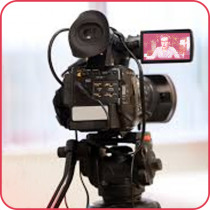 As the future of cohesion policy is on all EU policy makers’ lips, CEMR’s Executive Director for European Affairs, Angelika Poth-Mögele, gave a video interview to FASI, an Italian media platform specialised in economic and funding information. To read the interview, just jump to the next line.

The EU is currently discussing potential cuts to cohesion policy. How could this affect towns and regions?

If the European Union was to cut the funds for regions, cities and municipalities, it would mean that many of them would not be able to finance regional development projects anymore. Without receiving the money from the European Union, member states will not compensate the losses with national finances, since many of them lack the necessary means or have different priorities.

The structural and investment funds really help regions to contribute to joint European objectives to address issues such as climate change, mobility, infrastructure or access to the internet. The social funds, particularly, help to invest in social qualification or to eliminate social disparities.

What is local government’s point of view on the potential cuts?

We are asking for the budget to stay at the same level as it is at the moment. 352 billion EUR for 500 million inhabitants in Europe. Because people really see that the money is invested to help them meet the challenges they are facing, such as jobs for young people.

And then of course, it is up to the member states to see how they can compensate the budget reduction due to Brexit, since the United Kingdom is one of the net payers of the EU budget.

How will you make sure your point gets across?

We have adopted our position on the future of cohesion policy as well as another one on the Multiannual Financial Framework.

Finally, we have joined the Cohesion Alliance which was launched by the European Committee of the Regions. The President of CEMR and of the region Emilia-Romagna, as well as many other local and regional politicians, signed it in order to demonstrate that it is important to raise our voices together.

CEMR President is Italian. What is cohesion policy’s return on investment in Italy?

In Italy, and particularly in Emilia-Romagna, citizens benefited from funding in innovation, so to help with the creation of new companies, in the area of IT, for instance.