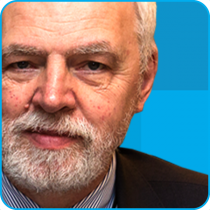 A conversation with MEP Jan Olbrycht: “We must set in stone and recognise the importance of cities”

The time has come to make the role of cities official. This is what several MEPs want to put on the table with a recently voted report on the “Role of cities in the institutional framework of the Union”.

CEMR has discussed with MEP Jan Olbrycht why we need a legal basis to allow cities and their representative associations to be formally and systematically involved in EU decision-making.

Can you tell us where does the initiative to write a report to reinforce the role of cities come from?

The initiative to write a report on the Role of cities in the institutional framework of the Union came from Mr Kazimierz Michał Ujazdowski, MEP and law professor. He recognised that there was a need to reinforce cities’ role in the EU framework. He suggested to the European Parliament’s Committee on Constitutional Affairs (AFCO) that they work on this issue. As this report concerns cities, the Committee on Regional Development (REGI) naturally got a chance to present its opinion.

As the rapporteur providing the REGI committee’s opinion, what are your main proposals?

The European Union is facing new global challenges and in consequence, European cities must respond to many urgent problems. That is why the urban dimension is getting more and more visibility in various European policies. Initiatives such as the Urban Development Network, the European Green Capital or the Covenant of Mayors are concrete examples. That is why we must set in stone and recognise the importance of cities, especially after the establishment and implementation of the Urban Agenda for the EU.

What is the added value for the closer involvement of local government associations, such as CEMR, in relevant Commission expert groups and the Council working groups?

Currently, CEMR or EUROCITIES are very important opinion makers in relation to issues concerning cities. This was the case even before the establishment of the European Committee of the Regions, as CEMR was created no less than four decades earlier. The role of associations representing local and regional governments is very important. Therefore, those associations should not be invited to present their views once in a while but should become standing partners in the consultations on EU policies.

In your opinion, how can a more formalised and systematic partnership approach benefit the EU's decision-making process in other policy fields?

Interest in cities is not only present in cohesion policy. The urban dimension is visible in transport, social or environmental policies, to name a few. That is why permanent consultations with cities and associations representing them should not only concern European Structural and Investment Funds but different elements in other policies.

Cohesion policy after 2020 will be shaped according to the most urgent needs. Moreover, the allocation of funds will depend on factors linked to climate change mitigation or the consequences of migration. Cohesion policy should remain the EU’s key instrument to reduce disparities between different regions.

Brexit and the future of Europe are on everyone’s lips. In your opinion, how will such issues influence the Commission’s proposal on the future EU budget?

There is no doubt that available funding for common policies, including cohesion policy, will decrease because of Brexit. Yes, it might have a negative impact on cohesion policy. But I believe that Member States will decide not to resign from today's scope and level of cohesion policy.