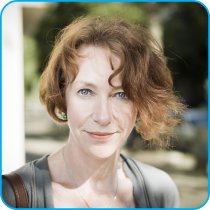 Ulrike Guérot: ​"We should establish a European republic based on its regions"

What is Europe's future? In a contribution to CEMR’s publication "Europe 2030: Local leaders speak out", Ulrike Guérot, a German political thinker, reflects on several issues that will shape the future of the European project.

In my book, I deconstruct the Nation-State and talk about the founding of a European republic made up of 50 or 55 European regions, which are structured around the major cities and metropolitan regions (such as London, etc.).

I would like to give new life to European cities such as Trieste, Istanbul, Prague. I would like to rethink the structures of Europe through culture because when we speak of cultural identity, it is in the cities and regions (Languedoc, Alsace, Tyrol, Bavaria, Saxony, etc.) that the cultural heritage of Europe can be found; whereas it is nations that often present a narrative of war and peace.

We would thus have a European senate, a house of representatives and we could elect a president through direct universal suffrage.

Consequently, we would have a European republic where the citizens would be the sovereigns and not the Nation-States.

I would like to note that when I talk about an EU cultural identity, I am referring to an old concept because the regions were around long before the Nation-State. Today, we think of the Nation-State as having always existed, but it is not the case: Savoy was around before the French Republic, Bavaria was there before the Federal Republic of Germany, Emilia Romagna and Umbria were present before the Italian Republic. Regions must be brought to the fore because they represent Europe’s cultural heritage.

Whether you are in Emilia Romagna, having pizza and speaking an Italian dialect; whether you are Basque with your cuisine and your language; cultural diversity and prescriptive unity should go hand-in-hand. Thus, we would manage to achieve what we have dreamt of for so long: “Unity in diversity”, which is the motto of the European Union.

Populism has raised its head (in France and elsewhere) because we do not offer our citizens the perspective of a Europe which could work and in which their region could have a strong voice. It is because we do not offer them this doorway, the prospect of a Europe that works, where they are all equal within a European republic with strong regions (where their region is taken into account), that they almost feel the need to run away, toward a nationalist dream that, in any case, has no future in today’s world.

Because we are currently witnessing the death of nations. Therefore, what the so-called populists are offering is nostalgia, a return to nationalism, which we know does not work. However, the nationalist dream works because the real utopia has not yet been put on the table, namely: how are we going to reconstruct Europe in a way that is transnational and democratic, in which the regions and all citizens have a role to play?

This is exactly what I wanted to talk about in my book.

By 2030, perhaps Europe will not have yet achieved equality across all nations, but it will work to obtain the one thing that is vital in attaining a Europe of citizens: to record on paper, plotting a timeline, that we want to be equal before the law as a European citizen across the nations. This is the emancipatory declaration.

Traduire
Ulrike Guérot is a German political thinker, Founder and Director of the European Democracy Lab, a think tank dedicated to the future of democracy in Europe. Ulrike Guérot recently published “Why Europe Needs to Become a Republic. A Political Utopia”, a book in which she proposes to establish a new Europe, one based on its regions and citizens.