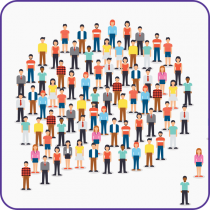 Just last year, the EU developed 20 principles to advance the social rights of citizens: the European Pillar of Social Rights. As a major employer, and as a provider of social services, local governments are at the heart of this issue. On 11 October in Brussels, during the European Week of Regions and Cities, representatives from local and regional governments, trade unions and the European Commission came together to discuss Europe’s social future and its many intricate aspects.

“In Scotland, there is a crisis of scissors: a rising demand of social services, and falling resources,” stated Serafin Pazos-Vidal, from our Scottish association (COSLA) as he set the scene for the local implications of Europe’s social future. Cities and regions provide many social services. In Scotland, for instance, they provide primary education, which not only entails teaching, but also social inclusion. He also stressed the importance of the social dialogue to exchange with trade unions, which he considers “a unique channel for local government.”

What can local governments do to support the Social Pillar? “You can localise it”, explains Mr Pazos-Vidal, “you can make it binding. All 20 key points of the social pillar touch upon local government’s competences.”

When local governments and trade unions work together, citizens benefit

Working hand in hand was one of the leading themes of this discussion. CEMR's co-chair of the Social Dialogue Committee, Malin Looberger from our Swedish association (SALAR) explains it this way: “In Europe, local and regional governments have over 17 million employees. So we need to work together. For the best situation for our employees and for good quality services for our citizens.”

From the trade unions’ perspective, collaboration is also key. “Focus on one word: joint. It is good to recall that through our democratic structures, we are able to work together,” said the Deputy General Secretary of the European Public Service Union (EPSU), Penny Clarke. She expressed her will to address falling rates of collective bargaining, and she also stressed that competition in outsourcing should not be solely based on price, but also on quality and innovation, among other factors.

On the side of the Commission, collaboration, exchange and dialogue were yet again deemed fundamental. “It is a two way street: the Commission goes to social partners, but social partners can also come to us,” stated the European Commission’s representative, Jeroen Jutte. He also called on local governments to share information: “We want partners and local governments’ assessment on how the European Semester has an impact on the ground. Social policy, education and healthcare represent 31% of GDP in the EU. 65% of overall spending. It’s huge.” Interestingly, according to Mr Jutte, “The European Semester will get much more attention in the next few years.” Stay tuned…

For more information on each national situation, feel free to browse through the European Semester country reports.

Have a look at the photos of the event.

This discussion was organised by CEMR, with its member associations COSLA and SALAR, as well as the sectorial trade union EPSU.